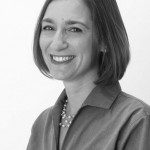 Ashley Wright Werthaiser, CEO, grew up working at Wright Brothers. After earning a B.S. in Biology from Centre College and enjoying a short teaching career, she entered the business full-time in 2003.  Since that time, she has been Director of Marketing, customer service and accounting support, and Site Owner for one of Wright Brothers largest accounts.

In early 2010, she began her role as CEO and majority owner of Global Gas and is focused on the strategic growth of the business and the day-to-day operations. Ashley remains dedicated to building the business with the same passion her father, her uncle, and her grandfather had over fifty years ago.

Cyndi Blalock has been with Wright Brothers Global Gas since 2006, and in that time she has grown the company exponentially.  She is named Chief Operating Officer for Wright Brothers Global Gas .   In addition, Cyndi  fills the role of Customer Relationship Manager to many of the larger accounts.  Cyndi is also the Director of the Global Network, in which she maintains relationships with over 250 distributors used to serve customer locations nationwide.

Mike Pinson has been in the gas industry for twenty years.  His passion is in Strategic Innovative Products, developing new technologies to solve specific customer problems.

Mike has helped develop two patented technologies and helped formulate our one of a kind telemetry system Vendor Managed Gas.  Mike is an expert in the fields of steel products, industrial gas use, and retail helium.